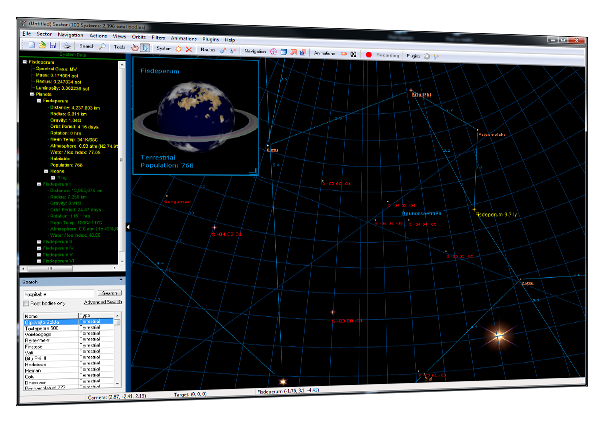 The Universe is endless... map it! 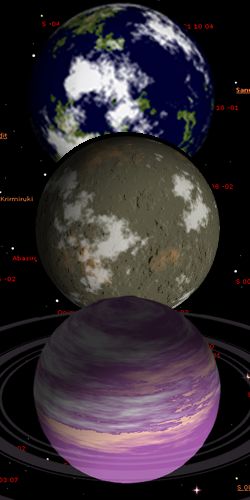 The universe is in 3D, so why map it in 2D? Use AstroSynthesis, NBOS's revolutionary star mapping system for sci-fi gamers, authors, and space buffs!

With AstroSynthesis, you can can map out large portions of space - plotting stars, interstellar routes, and subsectors. And best of all, you do it completely in 3D space! Zoom in and out on your sector, pan and rotate around stars, follow routes, and watch fantastic animation effects - all in 3D.

Because star systems contain so much data, AstroSynthesis also includes a powerful star system generator to help you fill out your map. With this generator it's possible to randomly create large areas of space - placing single and multiple star systems, nebula, and other stellar bodies on your sector map.

But the built-in generator doesn't stop there! It can also generate detailed solar system information for each star system. Generate planets , their moons, astroid belts, and other types of bodies. Generate extended planetary data - atmospheres, surface gravities, temperature, and more. The AstroSynthesis generator isn't just a randomizer. It applies scientific principles during generation, taking into consideration matters of astronomy, physics, atmospheric chemistry, and planetary sciences during the generation process.

Do your players like to planet hop? AstroSynthesis can work with Fractal Mapper & Fractal World Explorer. You can select any planet within any star system on your AstroSynthesis map, generate a surface elevation map for it, and export the surface map for use in Fractal Mapper as a world map!