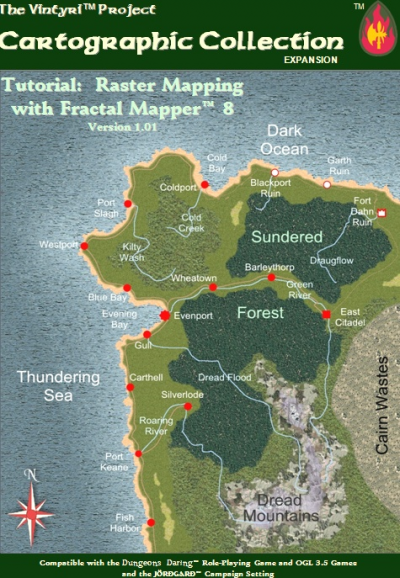 Date Added:
02/11/2012
Downloads:
804
Description:
Our tutorial for mapping with Fractal Mapper (TM) 8 is about two years old now, and some parts of the original edition have become totally outdated and obsolete. In addition, we also have had reports from some users of small screen laptops that they're having problems with the graphics resolution of the original PDFs.

We've released a new version 1.01 of the free tutorial, "Raster Mapping with Fractal Mapper 8" that solves these problems. The people who reported problems with the graphics have tested the new version and have told us that it works fine on their machines.

For those who are unaware of it, the tutorial is a 220-page bookmarked and color-illustrated PDF that takes you through all of the important aspects of raster mapping with FM8, including how to make your own raster symbols, how to make symbols from digital photos and how to add transparency to raster symbols. The download also includes a large number of supporting materials.

However, before you download, heads up on a few points:

1. The supporting files have not changed. If you already have downloaded them, you needn't bother downloading them again.

2. If you already have worked your way through Version 1.0, there's not much point in dowloading the new version.

More information is available at:


The supporting files (47 MB) are available at: