Log in to your NBOS account to upload files
Rating Submitted
Rating submission failed - please try again. If the problem continues, the feature may be broken.
All Categories > Fractal Mapper > Maps > Fantasy > Overland
Jörðgarð Map of the Week - #14 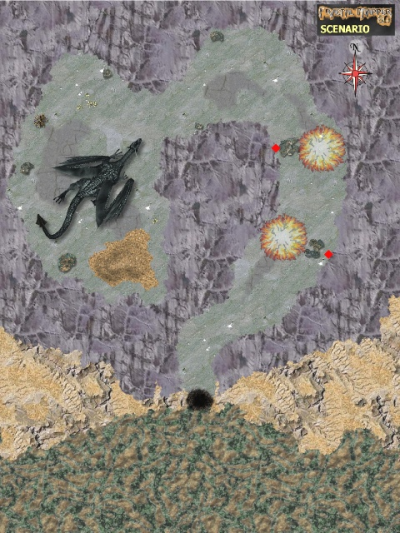 Date Added:
06/06/2011
Downloads:
1004
Description:
The 14th Map-of-the-Week release is the second in a series of lair maps in the post-devastation swamp and lake area of the fallen Æsir Empire. This week, we see the cavern lair of Ófnir, an evil-aligned, male black, green and yellow dragon wizard-warrior. After the devastation of the fallen empire, the Darkness sent the evil dragon Ófnir into the swamp and lake area. The elven King Dáin of Álfheim then sent the good dragon Yrsung (last week's lair) into the area to keep Ófnir in check.

You can get the full-sized version of this map in either of two versions:

2. The original FM8 map in FMP format, fully editable, from our Jörðgarð web page (12 MB). This version includes a PDF pamphlet that tells you how to use the layers that are built into the map.

Next Week: The southern hobgoblin and goblin settlement